To create a different world, we need to make different choices.

What kind of world does your choices create?

Of Bin Chickens and Human Suffering

I have to drive an hour from where I live to buy groceries. I don't mind this, though, because I get to travel through the amazingly beautiful Australian countryside. Forests and paddocks, rivers and dams. Countryside that has an incredible, changing temperament, and can be different every day.

Last year, I was a passenger on one of these drives, excitedly clutching my brand new DSLR camera. Shooting out the window at anything that caught my eye. A flock of unidentified birds flew overhead, so I instinctively pointed my camera skyward and clicked. I had no idea what type of birds they were. From my myopic vantage point, they were simply a flock of dark shapes against a blue sky, an interesting natural pattern.

Months later, after I had opened my online shop, I revisited this image, which turned out to be a flock of Australian White Ibis. 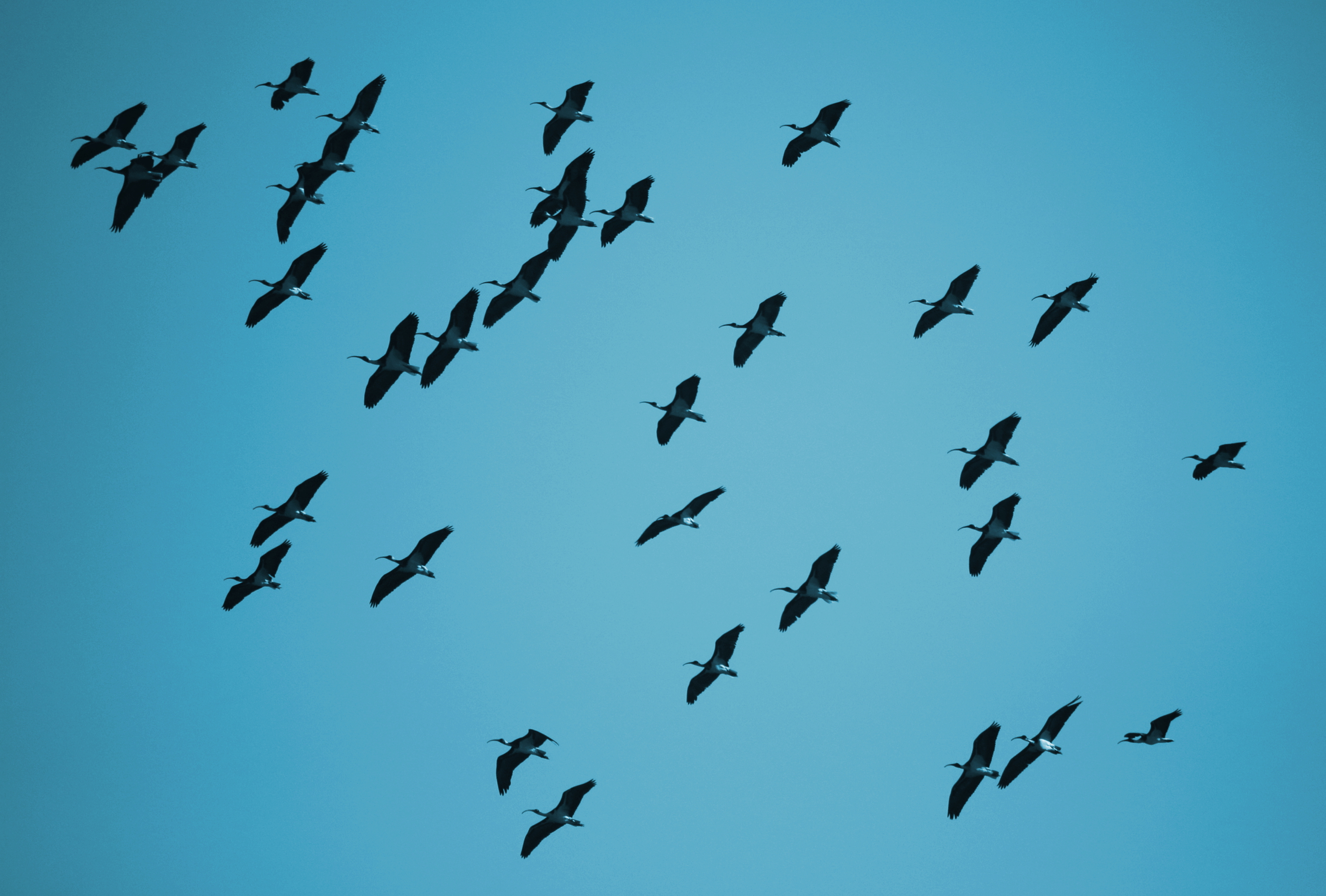 This is a very long-winded way to introduce my topic, which is, of course, the ibis. A bird colloquially known as the Bin Chicken in Australia. When I snapped my picture of that flock against the blue sky, I had no idea that the ibis had small cult following in this country.

Not until a shared Facebook post from my niece alerted her 'mutant', Bin Chicken-loving, friends to my new design. “Immortalizing them in dresses” were her words, I think.

It never occurred to me that I was immortalizing anything, but when I came across an article on Gizmodo called 'In Defense of the Bin Chicken', I started to realise the bird's growing iconic status.

If you read Gizmodo's article, you will discover that the unflattering 'Bin Chicken' monika bestowed on these birds is due to their habit of sourcing their dinner from our rubbish bins. Their long narrow beak, once beautifully adapted for sifting mud in search of crustaceans, now makes an excellent tool with which to pierce plastic bags, and dive into their smelly contents, usually spreading said contents across a wide radius. An area which, usually, also quickly becomes quite smelly.

Thus a growing resentment has been born, quickly festering into true hatred in many bird-fearing peoples' hearts. Granted, fighting a losing battle with a bird can be a little soul destroying, even if the bird is known to be a highly intelligent, and crafty, member of its genus. So it is easy to understand how long-fought wars have cultivated a generally unfavourable view of this once majestic bird.

But the thing is, its not their fault! It's ours. Humans have destroyed habitat to the point where the ibis now have nowhere to go. In desperation, they have taken to hanging out with us, where they can at least find enough to eat to, you know, keep themselves alive. It is indeed sad to watch this beautiful creature reduced to salvaging a life for themselves amongst our rubbish.

So, while they are struggling to survive, ibises (ibi?) occasionally inconvenience us humans a bit by making a mess of our carefully wrapped and binned waste. We have therefore decided to hate and deride them, and regularly chase them away with a broom, perhaps yelling at them to 'go back to where they came from'.

That kinda sounds familiar, doesn't it? 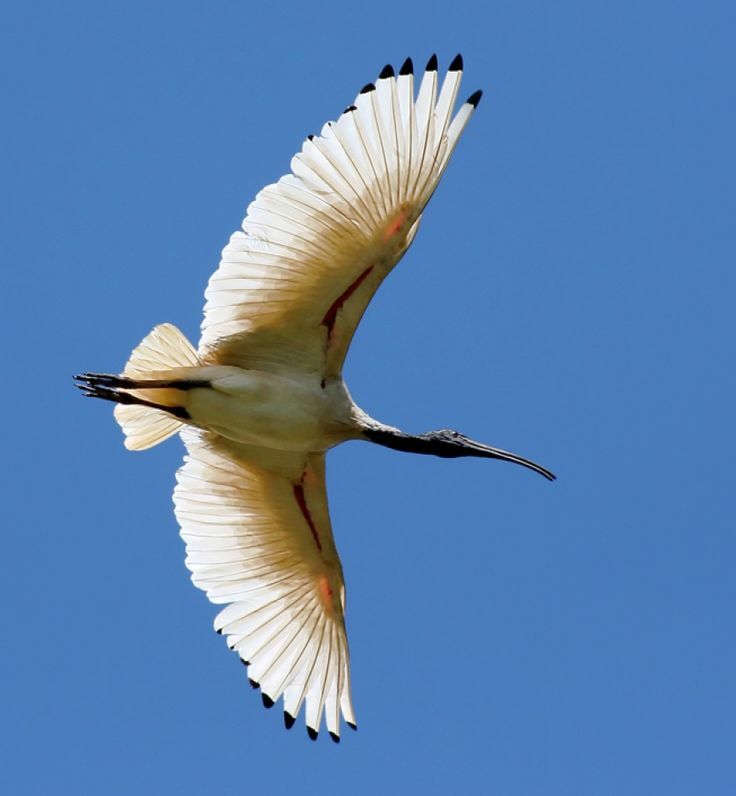 Ibises are refuges!
They are fleeing environments that can no longer support life for them (because they have been decimated by various groups of humans) and are seeking refuge with communities that have the resources to help them survive (ie. other humans). Is that irony?

Is it also indicative of the human attitude towards those trying to survive, at the expense of the quality of life of a different group? Do we immediately hate anything that might force us to threaten the status quo, even if we are talking about the amount of time we have to spend considering our domestic waste storage?

Perhaps the rise of the ibis as an Aussie icon speaks to another of our impulses. Maybe it illustrates how a large portion of us are quick to jump to the aid of those we perceive as being unfairly persecuted. Does the fact that the ibis has a growing cult following show how we are learning to look behind the pictures, to the stories behind the stories?

These are big questions. Questions I have no answers for. But questions that are interesting to consider, nonetheless. Challenging our perceptions at every turn, looking at the story behind why things appear they way they do to us, is an arcane and neglected skill. But a skill that I think is increasingly crucial in today's world, no matter where you look.

And that particular thread of thought is how, for me, the story of the Bin Chicken became an allegory for people fleeing incredible suffering at the hands of other people. It is important to stress here that I am not trivializing anything about these people. The unimaginable struggle for mere survival refuges experience is one that I have thankfully, never had to know. But the broad picture of displaced creatures seeking refuge with the very people that displaced them, and the response of those people to their suffering, is such a common theme these days. And the idea seemed so bizarre that I wanted to share it.

Metaphors are important tools we use to make sense of the world we see around us. Considering things in different ways can shake up our conditioning a bit, and maybe dislodge a preconceived notion or two, so we can study them more closely.

And who knows, this Bin Chicken metaphor could be just the one that triggers a response in even just a single person. The one that could compel them to reconsider and challenge their perceptions; maybe even leading to a tiny victory for human compassion and understanding.

Maybe. I concede that I have been known to overthink things, but try and stay with me here.

If you really think about things, really consider all of the angles, anything is possible, really. If you allow your mind to meander through the connections it makes naturally, without judgement, and watch for patterns and themes that arise, it is incredible what can happen. Just like this article started out being about Bin Chickens, and turned out being about refuges and the way we view those less geographically blessed than ourselves - if you think long enough and laterally enough, you never know what you might discover.

You just need to point yourself in a direction and click.

got bamboo sunglasses and I absolutely adore them!!!!!! great fit, pretty and earth friendly , what more could I ask for.

I love these sunglasses so much I bought four pairs!

Incredible service and very easy to purchase from.

Come see me on the first and last Sunday of every month at the Riverside Markets, Brisbane Botanic Gardens, Alice Street, Brisbane, Qld.

**PLEASE NOTE: MARKETS WILL NOT BE OPEN UNTIL FURTHER NOTICE.** 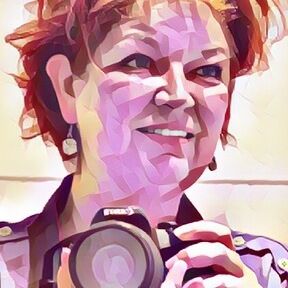 As JenC has grown, I've loved playing with different ideas and products while building my online home. My motivation has always been to create a place to share beautiful things, inspiration, and tips.  To encourage the integration of a love, and active support, of Earth's natural systems into people's everyday lives.

We can make a difference with the smallest choices we make everyday.  It is my greatest desire to provide you with environmentally friendly and beautiful alternatives, that you may not already know about.